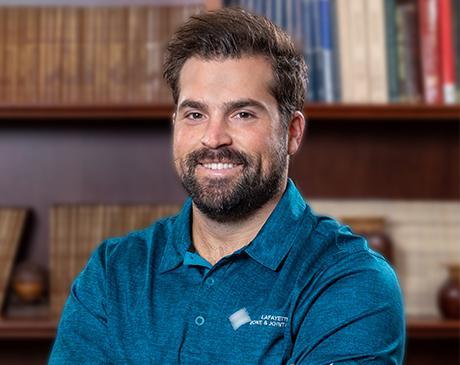 Born and raised in Abbeville, Louisiana, Andrew has been a practicing physician associate for over 7 years. He has been practicing orthopedic surgery with Dr. Stubbs for the previous 4 years. He graduated from LSU with a degree in Biochemistry and minor in Chemistry in 2010. Following undergraduate, he attended South College in Knoxville, TN. He earned his Master’s degree in Physician Assistant Studies in 2013. He returned to Lafayette following graduate school and began his career as a PA. He currently lives in Lafayette with his wife, Kim and two children, Thomas and Margo. 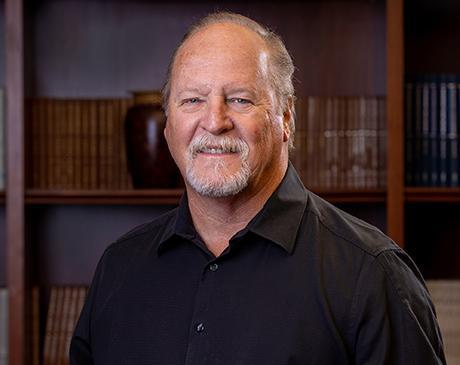 Steven M. Scott was born at Fort Cambell Kentucky in 1956 and raised in Ft. Bliss, located in El Paso, TX. He ultimately graduated from Wurzburg American High School in Wurzburg, Germany. Upon graduation, Steve joined the Army at age 18 and after an initial two-year hitch in a Combat Arms Specialty, Steve then attended both the University of Texas, El Paso (UTEP) and later finished his undergraduate studies in Biology at the University of Southwestern Louisiana (USL). During this time, Steve served as a medic in the Louisiana Army National Guard. On returning from mobilization for Operation Desert Storm, Steve applied for and was accepted to the Military Academy of Health Sciences’ Physician Associate program at Ft. Sam Houston Texas. Upon graduation in 1995, Steve returned to Louisiana and resumed service as an Army Physician Associate on reserve status and took a job with an Orthopedic group in Lafayette working in General Orthopedics and Sports Medicine. In 2004, Steve and the rest of the Louisiana Army National Guard’s 256th Brigade Combat Team (BCT) was deployed for combat operations in support of Operation Iraqi Freedom. He served as Commander for Company C (Charlie Med) 199th Support Battalion, the medical company organic to the 256th BCT. After an absence of 18 months, Steve returned to Lafayette and worked for 3 years again in General Orthopedics before being offered a job at Lafayette Bone and Joint Clinic to work for Dr. Louis C. Blanda Jr., specializing in Orthopedic and Spine Surgery since 2008 to present. Steve retired as a Major from the Military in 2009 after 24 years of privileged service. He resides in Lafayette, Louisiana, married to his wife Dena, has two sons, Wesley and Corey, both who have served in the military, and has 4 beautiful granddaughters. 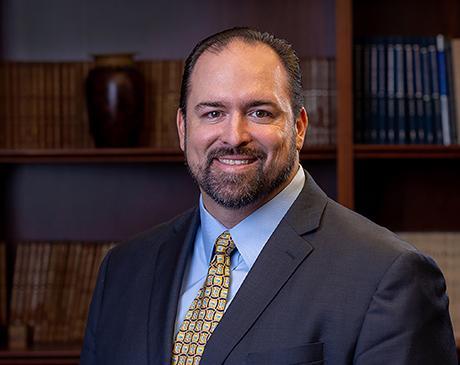 As our longest tenured physician assistant, Charlie has been practicing at LBJC with Dr. Muldowny for over 17 years. Although he has called Lafayette home since 2004, Charlie will “always be” from Thibodaux, LA, where he was raised. While in Thibodaux, Charlie earned a Bachelor of Science degree in biology with a minor in chemistry from Nicholls State University in 1998. After teaching science and coaching high school baseball for 3 years, Charlie attended Baylor College of Medicine, where he earned a Master’s degree in Physician Assistant Studies in 2003.

Charlie is board certified by the NCCPA and is a member of both the American Association of Physician Assistants (AAPA) and the Louisiana Association of Physician Assistants (LAPA). He prides himself on treating patients “like family,” prioritizing compassion, transparency, and professionalism, while maintaining an up-to-date knowledge of treating spinal and orthopedic conditions.

When he is away from his work at LBJC, Charlie enjoys cooking and fellowship with friends, family, and his Catholic community; supporting LSU and UL athletics; and coaching and supporting his four children in youth athletics. Charlie and his wife Kay have been married for 17 years and are parishioners of the Cathedral of St. John the Evangelist. 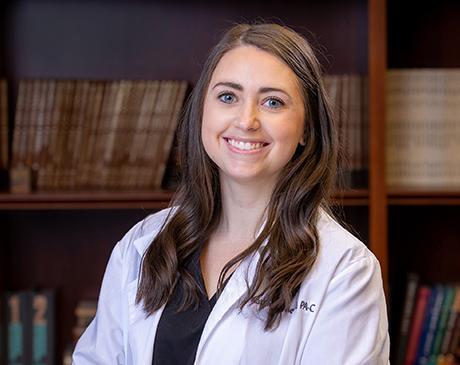 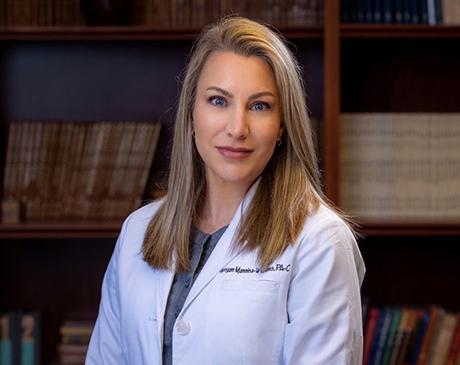 Morgan is a native of Acadiana. She received her bachelor’s degree in Biology from ULL in 2003. She did her postgraduate studies at Eastern Virginia Medical School where she earned a master’s degree as a Physician Assistant. She is NCCPA board certified. She has 15 years of spine surgery experience as well as general orthopedics. She believes in staying current in the technological advancements in spine surgery and has been a consultant on the development of an intraoperative spine navigation system. She has a “no nonsense” attitude toward medicine and always goes for the researched and proven methods of treatment. She believes in always advocating for her patients to ensure that they receive top quality care. She has excellent skills in diagnosing spine disorders, developing a treatment plan specific for each individual patient, and explaining that treatment plan in a way that her patients can understand. Outside of work she stays busy with her family and enjoys spending weekends watching her 3 sons play soccer. 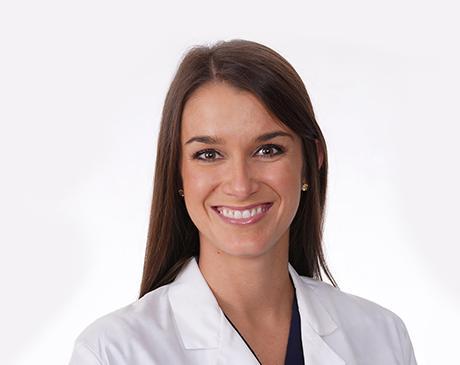 Samantha, originally from Ponchatoula, LA, has been practicing as a Physician Assistant in the Acadiana region for 7 years. She graduated from ULM in Monroe with a Bachelor of Science in Biology and then went on to earn her Master’s degree in Physician Assistant Studies from Our Lady of the Lake College in Baton Rouge in 2014. She joined Dr. Jayme Trahan and Lafayette Bone and Joint Clinic the beginning of 2021. She resides here in Lafayette with her husband, Kenny and newborn son, Kenny Michael.